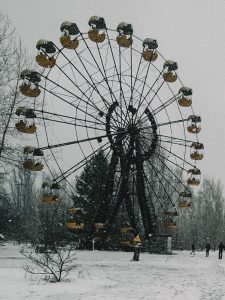 Chernobyl: Between Past, Present and Future

Chernobyl is one of the most controversial tourist destinations. On the one hand, this is a place that absorbed the remains of the tragedy, the memory of the terrible events at the power plant. On the other hand, it is a city which most tourists from all over the world want to visit.
Even though the exclusion zone remains partially contaminated with radioelements, dozens of groups come here for sightseeing every day.
After the release of the HBO Chernobyl series, the interest among tourists increased immensely. The Ukrainian government even developed additional tourist routes, and now there are more than 20 of them. These are land, water, and even air tours. In this article, you
will find out what the exclusion zone is hiding now, what you can see during a two-day Chernobyl tour, and also what the trip is all about.
Historical Background
The small Ukrainian city Chernobyl is located in the Kyiv region. The tragedy of April 26, 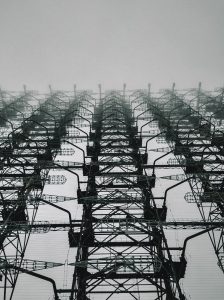 1986 changed hundreds of thousands of lives after an accident at the Chernobyl nuclear power plant. The explosion that happened a few kilometers from Pripyat destroyed the reactor of the fourth power unit. The area of almost 3 thousand kilometers remained deserted for many years.
Throughout several days after the explosion, the government concealed the tragedy. On May 1, there was a holiday of spring and labor in the Soviet Union. On that day, the government forced tens of thousands of people to leave for the festive parade, but the authorities remained silent about the catastrophe. Two hundred villages and cities were emptied forever. Due to the late evacuation, people received doses of radiation that were incompatible with life. A large number of locals stayed to eliminate the consequences. About 600 thousand people from the entire Soviet Union worked there to ensure liquidation.
Chernobyl through our eyes

Today the exclusion zone and Pripyat is a closed, restricted area, fenced by several rows of barbed wire, patrols and checkpoints. The checkpoint is one of the possible entries. You cannot drive here by yourself, and it is only allowed to enter it with an escorted group. At the entrance, security officers inspect busses, check the documents, and instruct visitors. Despite such trips, this territory has its own unique rules. Here one cannot eat and drink outdoors, pet animals, leave an organized group, make noise, and talk loudly. There is also a curfew, and one can not drive a car or walk in the streets after 8 pm. When you happen to be on the streets of surrounding cities and villages for the first time, you may feel uneasy. More than 160 houses in Pripyat remained standing in concrete piles in the middle of streets that have been abandoned for decades. They look good from the outside, like ordinary residential buildings, but there are chaos and devastation inside of them, as the locals picked their belongings up in a hurry during the evacuation, and later their apartments were destroyed by vandals. On the evacuation day, people got ready to leave in a matter of a few hours. They were told to take the most necessary things, and the government promised

that it would be possible for them to return in a couple of days. People left their homes for only three days but never came back there.
Once the young, large, and flourishing satellite city of Pripyat did not exist to celebrate its adulthood. It was a city of youth, and for youth, as the average age of residents was 28. It had dozens of cafes, restaurants and canteens. Moreover, there were a yacht club, a cinema, a palace of culture, a stadium, gyms, swimming pools, playgrounds, and much more. With our guide, we visited several abandoned schools and kindergartens. Though personal belongings of residents got stolen by &quot;tourists&quot; or locals, nobody had interest in school equipment and stationery. Some of them, such as notebooks, leaflets with drawings, textbooks, desks, etc. can still be found at the same places where they were left on April 26, 1986. Everything remained untouched as if in a moment all the people from there had
evaporated. 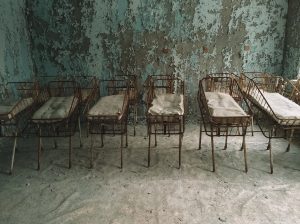 Pripyat Medical Unit No. 126. It was here where those firefighters who extinguished the fire at the Fourth Power Unit on the night of the accident, as well as injured workers of the station, were brought for first aid. It was the only hospital in the city; and the five-storey  building had all the necessary departments: from the maternity ward to the morgue.
And this is an amusement park. It is one of the most popular places among tourists, mainly because the unusual setting for the photos was created by the time itself. The local authorities wanted to open the park by May 1, the labor holiday, but no one saw the city skyline from the Ferris wheel. It feels like we got into a horror movie or a movie about the future where humanity had died out. The frightening emptiness around and the rides overgrown with trees do not cause aesthetic delight. Part of the infrastructure in the exclusion zone is still operating today. About 2.5 thousand 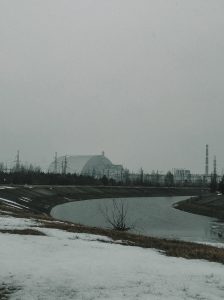 people work at the Chernobyl power plant. But such a massive structure as Duga-1 stopped its operation on the day of the accident. It was 150 meters high and 700 meters long. This radar station was built to detect ballistic missile launches around the world. Thanks to the cleaning of the area and the elapsed time, the increased levels of radiation are found only near the station, at several points near the red forest, and in the basement of the Pripyat hospital. In 2016, the 4th power unit was covered with a new sarcophagus, which brought the radiation level down. What is the future of the exclusion zone? The Verkhovna Rada resolved to build a nuclear
fuel storage facility there, in the exclusion zone, just 100 kilometers from Kyiv. In the spring of 2019, workers have almost completed the construction of this repository. It is true that such storage facilities have long existed in the world, but they are being constructed far from large cities. The French, for example, built them on the islands in the Pacific Ocean, the United States have them in the desert, and the countries of Northern Europe found place for them inside basalt rocks on the coast. Chernobyl is the attraction site that does not cause delight. However, you need to visit it at least once in your life in order to witness and remember the events of April 26, 1986.